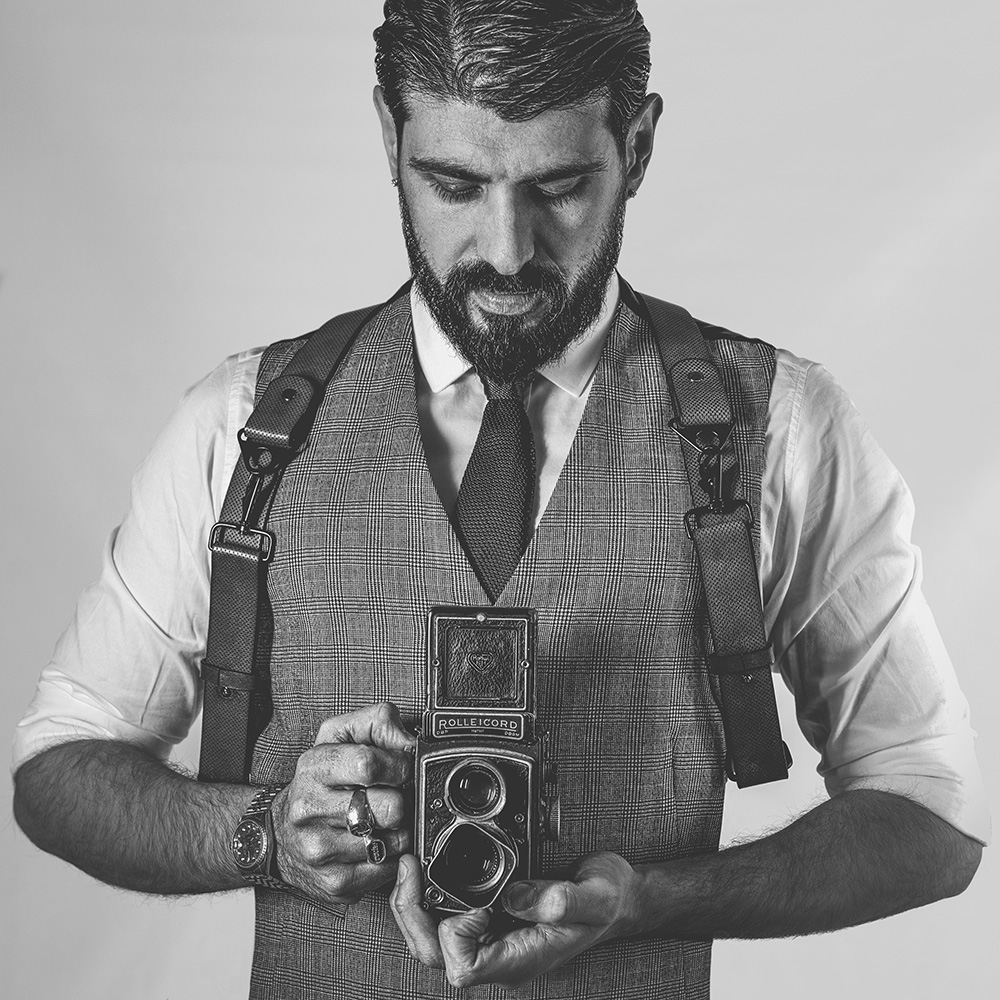 Simone Rella, a journalist and son of an esteemed photographer, discovers in the early years of his life photography: the form of art that will soon become his passion, his hobby and, later, his work. Immediately after finishing his studies, he started working at the photography studio of Damiano Tasco, an old photojournalist of his town. During the eleven years that inexorably mark his life and his professional training he had many experiences in various fields: from the ceremonies to the exposure room, from the commercials as still photographer to events of all kind, such as concerts, socio-political, white/black record, sports and everything that orbits around photo agencies and national newspapers just like “Il Corriere del Mezzogiorno” and “Nautilus” with whom he has collaborated in the past decade. In this melting pot, he sinks his roots as a journalist photographer: in his shots, often essential but always refined, his photojournalist and “dandy” attitudes are blended. Photography for him is a lifestyle and a way of being: “I AM a photographer, I DON’T DO the photographer, he says… ”

In 2008 he earned the title of Professional photographer, attending a master at F.I.O.F.

In 2011 he joined the National Order of Journalists.

In 2013, along with Dario Franciosa Film Maker, he opens “ISO 100 Studio” in Via Indipendenza, 40 – Brindisi, making available all of his professional background and passion for this art.